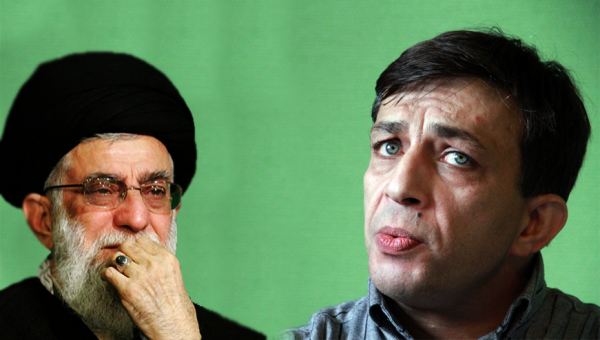 ‏april 6, 2015‏‏
Ali Khamenei will take the dream of achieving an atomic bomb to his grave.


Nowadays, no country can afford to use the atomic bomb. Leaders of the Islamic republic of Iran know this and they are aware of the fact that they can not export their fundamentalist version of Islam with the aid of atomic bomb and that any attempt to use anatomic bomb will mean the end of the Islamic regime.

The whole nuclear issue of Islamic regime of Iran is a an attempt to bully the world and deceive thepublic opinion of both Iranians and the world so in all secrecy they can achieve their evil goals. When they feel its necessary they will drink the poison in order to save themselves. Because in the end the goal of Khamenei, just like Khomeini before him, is to continue his Islamic reign in Iran and his attempt to export the Islamic state to the region and to the world. The danger of survival of this regime and spreading its propaganda and directives are far more dangerous than its achieving nuclear capability.

People of Iran and the whole world should know that the source of the political Islam and the kind of aggression that has led to war and terrorism is in the nest of Ali Khamenei and his collaborators.

Iranians have shown repeatedly that they do not  want to be associated with this regime and what comes out of the foul mouth of this regime are not the words of Iranian people.

How can one believe that in a totalitarian and oppressive regime people are able to truly voice their opinions?

The problem of Iranian people and indeed the people of the whole world is the inhuman nature of religious totalitarianism .

The opposition that want nothing short of overthrowing the Islamic regime of Iran and are concerned with human rights and want to replace this regime with a democratic one, should work very hard and do not allow this regime to buy any more time and continue its destructive existence.

In order to overcome this obstacle we are all obliged to be proactive and effective.

Khamenei will take the wish ofnuclear capability to the grave the same way that Khomeini took the dream of reaching Najaf and Karbala to the grave.